In 2005 Swiss Federal Railways (SBB) began dismantling its overnight sleeper network, and German Railways (DB) did the same in 2015.  On some routes, Austrian Federal Railways (ÖBB) took over the service with their own equipment. Most direct overnight routes disappeared, and sleeper trains to Brussels, Rome, Barcelona, Moscow and Copenhagen did as well.

But these days, many European train companies are again sprinting across Europe at night, offering local residents and visitors revived and new services between major cities after sunset, and expanding their sleeper seat sections and onboard dining options as well. Although the Covid-19 pandemic caused some railways to reduce capacity, most companies have maintained regular schedules.

Train travellers are now able to sleep in Switzerland and wake up in cities as far-flung as Amsterdam, Rome and Barcelona. In late 2019 and early 2020 both Swiss Rail and Deutsche Bahn announced they are expanding their night-train services within Europe, and  Austrian Federal Railways (ÖBB) is happy to compete or partner again as night-train reservations are increasing throughout the continent.

“Demand for international night-train services significantly increased in 2019 and at the start of 2020, until the coronavirus crisis struck,” Swiss Federal Railways wrote in a statement in mid-2020.  “The number of passengers using night-train services from Switzerland, despite the virus, has grown by over 25% with respect to the previous year.”

Swiss and Austria both stated that the two partner railways considered this a sustainable trend given the significant rise in customer demand for “environmentally friendly and resource-efficient travel”.

With its 19 Nightjet lines and eight further services provided in cooperation with their partner railways, Austria’s ÖBB already was running Europe’s largest night-train network. This includes their network from Switzerland, run in cooperation with Swiss SBB, comprising six lines.

Over the past few months, the two companies have evaluated various options for expanding the service. In a letter of intent signed in 2020, they outlined a strategy that would increase the ÖBB Nightjet network from Switzerland to incorporate a total of ten lines and 25 destinations.

As a first step in the expansion process, the two companies are expected to launch a daily SBB/ÖBB Nightjet service from Zurich to Amsterdam via Basel-Frankfurt-Cologne, which is expected to begin in 2021. A new line will run from Zurich to Rome via Bern-Brig-Domodossola, and there are plans for a daily Nightjet connection from Zurich to Barcelona via Bern-Lausanne-Geneva.

In addition, the capacity of the connections from Zurich to Berlin and Hamburg via Basel is to be expanded “significantly.” The plan is to serve both destinations with two separate trains covering the whole route, “if possible from the 2023 timetable change.” They also plan to run the service to Prague via Germany as a portion of the Berlin Nightjet with sleeping cars and couchettes. The new route would also provide a direct connection to Leipzig and Dresden.

Government funding will be provided to ÖBB infrastructure to improve urban, suburban and regional rail services. All Austrian domestic lines will also be electrified by 2035, and this includes projects under the 2018-2023 framework, as well as $9.5 billion (€8 billion) in new investments.

Services will be improved to relieve pressure brought about by increasing urbanization, with the platforms on S-Bahn lines in and around Vienna extended from 160m to 220m to accommodate longer trains. Services will also operate with a reduced headway of two minutes, 30 seconds, enabling the frequency to be increased from 20-26 trains per hour per direction.

The western line in Linz will be upgraded to increase capacity, while stations and lines around Salzburg, Innsbruck and in the central area of Carinthia will be modernised. Graz will benefit from the expansion of the Koralm Railway, the Southern Railway and the Styrian Eastern Railway.

About $1.2 billion (€1 billion) was to be allocated to expand regional lines, including modernizing stations and stops, improving safety at level crossings, and installing new customer information systems.

In order to achieve Austria’s goal of a “climate neutral” rail network by 2035, 310 miles of line will be electrified by 2030, and hydrogen or battery trains will be used where electrification is not technically or economically feasible.

Alta Velocidad Española (AVE) is the high-speed rail service in Spain operated by Renfe, the Spanish national railway company, at speeds of up to 186 mph. (photo wikiwand).

In Spain, despite a cut in night-train service in previous years, Renfe offers night routes called Trenhotels (yes, hotel trains).  The international Trenhotel has two lines, the Lusitania line runs daily between Madrid and Lisbon with a run time of less than 11 hours. The Sud Expresso line travels from Irun (Spain) to Lisbon and from Lisbon to Hendaye (France). In Hendaye, you can switch to a French TGV train that will take you to Paris, a night-train known for its comfortable accommodations and offers connects from several mid-size French cities with Barcelona, Madrid and Granada. See below map for Renfe’s Trenhotel’s overnight Spanish routes.

Swedish Rail (SJ) also maintains night services, although it is not as extensive as in central Europe. Sleeping compartment 1 Class accommodations offers two beds, pillow, bottom sheet, duvet are included in the cost. No one else can be booked in the same compartment, and 1 Class compartments has shower/WC equipped with towels and soap. Breakfast is provided for passengers arriving between 6.30 and 9.00 am.

Passengers travelling on trains with an open bistro may remain on the train while breakfast is served. Passengers travelling on trains where the bistro is closed will be provided with breakfast in a local eatery on presentation of the 1st class ticket. Breakfast is not provided for passengers who disembark before 6.30. 1st class travel also includes access to the SJ Lounge in Stockholm, Gothenburg and Malmö, before and after the journey. SJ trains serve 160 stations daily, connecting Sweden from north to south, including routes to Oslo, Narvik and Copenhagen.

Other European night train services include the following, courtesy Interrail.

The EuroNight Czech Republic-Poland connects Prague and other big Czech cities with Krakow and Warsaw in Poland. These great countries have plenty to offer when it comes to culture, food and of course history. 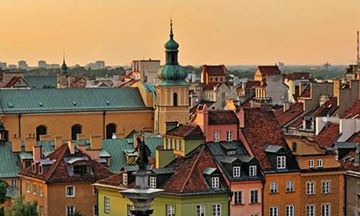 Travel by night from Budapest to Bucharest in approximately 17 hours. During this long train journey you will pass many cities in Hungary and Romania, but also great nature. 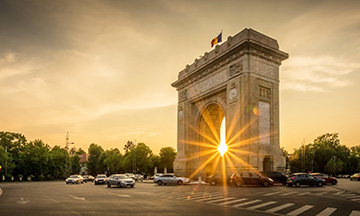 With the EuroNight Lisinski you travel from Zagreb to Munich in less than 9 hours, all while you’re asleep! Discover the beautiful islands and beaches of Croatia or have some delicious German beers in Munich. 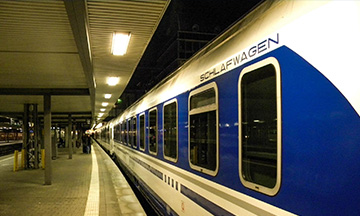 Travel by night from Munich or Zürich to Budapest in just over 9 hours. The train also stops in Vienna and Salzburg. 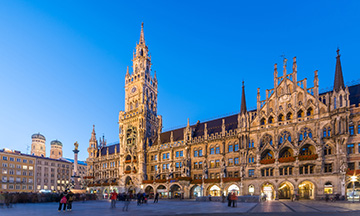 Travel from Belgrade to Skopje and on to Thessaloniki in less than 16 hours. Please note that the Hellas Express is temporary disrupted at this time. You travel part of the route by bus. 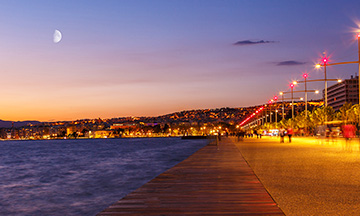 Travel to the Arctic Circle with this Finnish double-decker night train, known as the Santa Claus Express. Visit Rovaniemi, the official hometown of Santa Claus, and gaze in wonder at the Northern Lights, shining over a snow-covered wonderland. 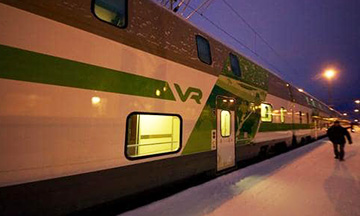 The Istanbul-Sofia Express takes you from the Bulgarian capital Sofia to Istanbul in Turkey. Discover part of the route of the famous Orient Express and wake up in magnificent Istanbul, an exotic jewel on the border of Europe and Asia. 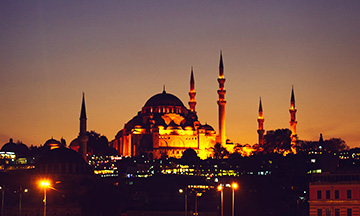 Travel overnight from Paris to northern Italy with the Thello night train. Arrive early in the morning in amazing historical cities such as Milan, Verona and Venice. Or travel by day between beautiful Marseille and Milan with the Thello day train. 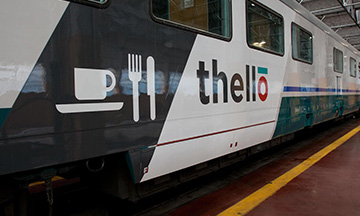